Decades After Vietnam: The Wall “showed me what war did to a family” 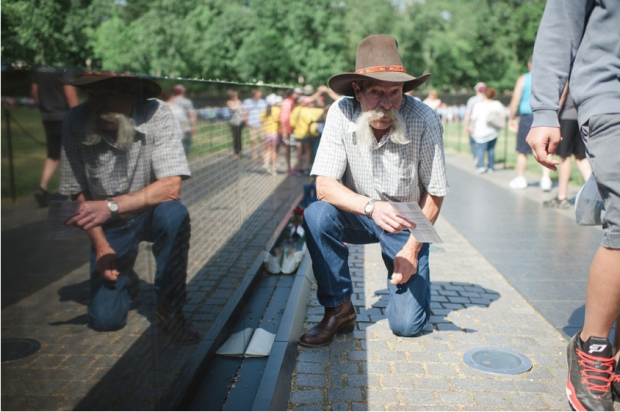 Marine CPL John C. Pennington died on June 9, 1968 during a convoy ambush about five miles east of the Khe Sanh combat base. He was 23 years old. His name is remembered on Panel 58W, 13 of the Vietnam Veterans Memorial.

It would be more than more than 40 years until his brother, Mark, would see his name etched on The Wall of honor – constructed to pay homage to those who made the ultimate sacrifice.

In May of 2015, Mark’s niece, Micki, would join him to see his brother’s name for the first time. She was asked to document the journey. She coined it, “one of the biggest honors of my life.”

Micki remembers her very first visit at the Vietnam Veterans Memorial.  She was on a field trip with her school from Utah. It was the first time she saw her uncle John’s name alongside the more than 58,000 men and women who gave their lives in the Vietnam War. At the tender age of eight, she remembers how excited she was to get home to tell her uncle Mark she found the family last name.

She held out the name rubbing of her uncle that was traced in black stencil. It read, “John C. Pennington.” Mark looked down at the rubbing. “That’s my brother!” he exclaimed.

After the moment of affirmation, mention of John ended. 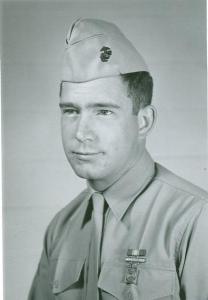 “Words about my Uncle John have been very limited most of my life and until a few years ago there was nothing spoken of him at all,” Micki said. “Not because my family didn’t want to talk – it’s because they couldn’t.”

Losing John broke the Pennington family. Everyone tried to move on but never did.

The 2015 trip to The Wall would be nothing short of monumental.

The family’s visit to the nation’s capital included visits to Arlington Cemetery and the Tomb of the Unknown Soldier. They walked around the Vietnam Women’s Memorial and the Three Servicemen Statue. They finally stood at the entrance to The Wall, its black panels making a long path downwards.

Mark came to panel 58W “voluntarily.” Micki remembers how much respect was in the reflection of the two brothers facing each other. The moment seemed to give Mark a sense of closure. It was as if seeing The Wall was the missing piece.

At one moment, Mark broke down in tears.

Micki watched the emotional interaction and finally understood the heartbreak. “The pain my family feels is real,” she admitted. “This showed me what war did to a family.”

Micki continues to prays for those who died and for their families.

John’s death gripped at the hearts of the entire Pennington family to the extent of silence. Mark was only 11 years old when his brother enlisted. But at that moment, The Wall brought healing to pain that went unspoken for years.

Mark’s daughter, Jessica Pennington said, “Over the years, dad has learned a lot more of who John was as a person. He was a very funny and patriotic person, which dad feels may have rubbed off on him.”

Mark has his memories, Micki had the name rubbing at the age of eight, and today, the name stands as a testament to history and one’s honor for country.

Micki also added a singular conclusion on her uncle’s legacy: “Maybe [his death] taught us all just how precious life is.”

About the photographer: Micki Hall is a family photographer based out of Louisville, Kentucky. The photos in this blog can be found on her website.

Correction: Previously, the blog said CPL Pennington’s death was on June 8, 1968 and has since been changed to June 9, 1969.

← The Eight Women on The Wall: Nurses Who Made the Ultimate Sacrifice
‘Vietnam never left him’: Remembering A Quiet Hero →

3 thoughts on “Decades After Vietnam: The Wall “showed me what war did to a family””