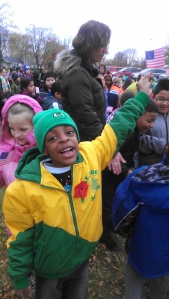 As we were opening the mail at VVMF’s office in Washington, D.C., a lovely little felt flower fell out of an envelope. The poppy pin was accompanied by a note and check for $37.

Ms. Alicia Ashby teaches a self-contained classroom of eight students from kindergarten to second grade with developmental delays. When the a traveling Vietnam Veterans Memorial came to Aurora, Ill. this Veterans Day, Ashby thought to herself that she hadn’t seen any poppies.

She helped the children make poppies for themselves – but soon other teachers were asking for them, too. Another teacher suggested Ashby’s class make many poppies and bring them to the site.

The eight students took their poppy pins to the flag-covered site of the traveling Wall, called the “Healing Field,” and asked if the parents would donate a dollar in exchange for a poppy. Ashby said almost every male in her family has served in the military and so it was important to teach the children about service and freedom.

“I spoke to them about the war in a simple way, in a way they could understand,” Ashby said. “They understand it’s important to wear the poppies at The Wall.”

The importance of the poppies went so far beyond the $37 donation to the Vietnam Veterans Memorial Fund.

“They felt like they were part of the community and that they could make a difference,” Ashby said. “It meant so much more to them.” 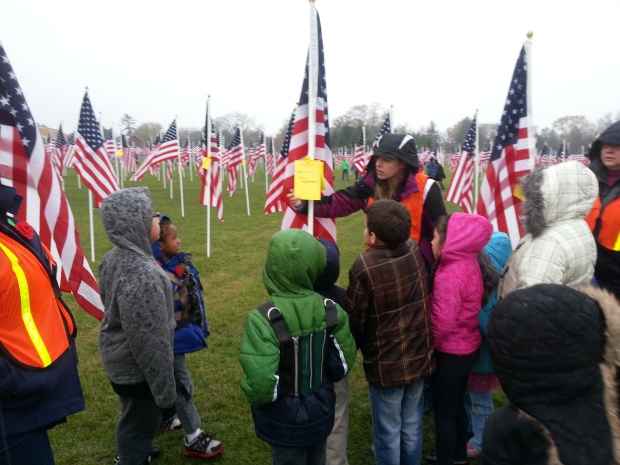