How One Oregon Teacher Is Honoring Veterans In A Beautiful Way 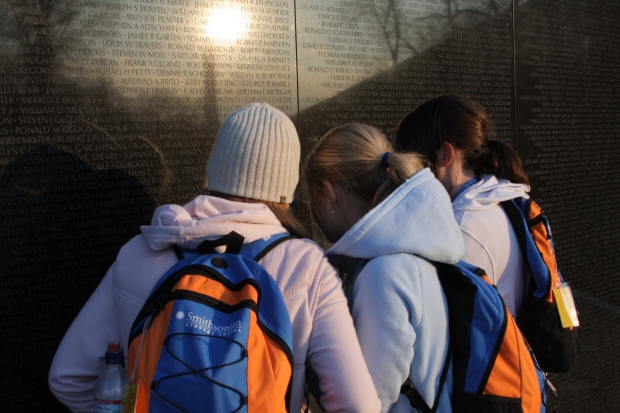 Students look at names inscribed on the Vietnam Veterans Memorial in Washington, D.C.

Andrew Demko is a 7th and 8th grade Social Studies teacher from Rainier, Oregon. In between educating today’s youth about history, he has uniquely focused on teaching the legacy of the Vietnam War and era.

Many children and young adults get their understanding of Vietnam from pop culture. Others may have visited the national memorial in Washington, D.C. which displays the names of the more than 58,000 service members who lost their lives. However, many still lack the understanding of the war and the people who served. This is where Demko comes is. He is bringing Vietnam into the classroom because he chooses to examine the less talked about aspect – the men and women who wore the uniform.

What is their story?

Demko emphasizes how important it is to remember Vietnam veterans and has done so miraculously.

In the 2013-2014 year, Demko and his students took part in the Hometown Heroes Service Learning Project, hosted by VVMF. The project’s main goal was to collect the photos and stories of those veterans whose names are on The Wall and those who returned home from the Vietnam War. He approached this part of the project by collecting oral histories.

His students were given the chance to ask questions and seek a new perspective on Vietnam.  They came to understand some brutal truths, including how veterans were mistreated upon their return home. They also examined the lives of veterans who died. Students learned about who they were – what their ambitions were, and what their families were like. They learned empathy and compassion. They became experts in preserving history. Through storytelling, Demko’s students were able to “gain understanding about the Vietnam War as well as gain respect for those who served.” Such remarkable efforts even led Demko and student David Placido to be recognized at the Library of Congress in Washington, D.C. 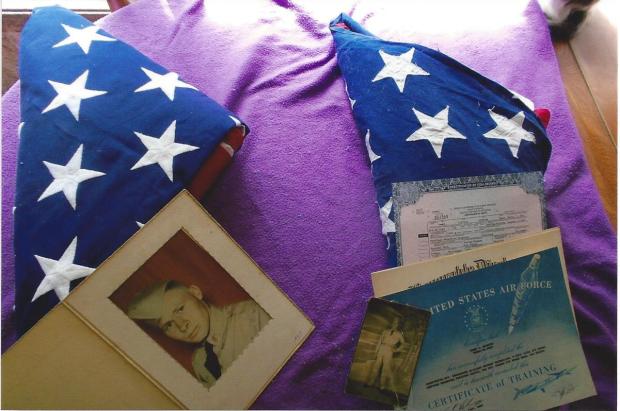 Photos and military records of Sgt. Dennis Edge of Rainier, Oregon who died on December 11, 1968 in the Vietnam War. Edge is a local hero that Demko’s class recognized and learn about. (Photo/Andrew Demko)

Demko’s class even hosted ceremonies that recognized the dedication and commitment of our Vietnam veterans. The class helped bring The Wall That Heals, a mobile version of the Vietnam Veterans Memorial, to their city in 2015. “They did not get the recognition they deserved when coming back from the war,” Demko said. This seemed to be his way of making it right.

Implementing a curriculum that focuses solely on the Vietnam era is rare. Few lessons bring the topic of Vietnam into the classroom. However, Demko has shown the importance of connecting the past with the future. He’s an exemplary teacher because he examines the human side of conflict.

Most recently, Demko has reviewed VVMF’s newest lesson plans for the Echoes from The Wall curriculum, and helped test the newest distance learning program, The Things They Carried. He’s proven to be an integral part of VVMF’s mission to educate about the impact of the Vietnam War.

The stories behind the more than 58,000 names inscribed in black granite on the Vietnam Veterans Memorial would be lost if not for teachers like Demko. He has taught students that war is more than its politics. War is fought by young, ambitious Americans who lived in their own backyards and should never be forgotten.

That is what makes this teacher exceptionally unique.

Andrew Demko was most recently named the National History Teacher of the Year Award for the state of Oregon, presented by the Gilder Lehrman Institute of American History.

See Andrew Demko’s bio and past awards and honors here.

Download the Echoes from The Wall curriculum, past lesson plans and teaching resources on the Vietnam War and era here.