Photo left at The Wall on Memorial Day weekend, 2014.

VVMF’s Faces Never Forgotten campaign is continuing to reach milestones. At the close of 2015, there are fewer than 14,000 photos needed to put a face to the more than 58,000 whose names are inscribed on The Wall in D.C. These are veterans who died in the Vietnam War.

Photos submitted to VVMF are diverse. Some show weddings, Christmas dinners, and family reunions. Many of them are yearbook pictures or those taken while in service.

VVMF asks for the public’s help to find these photos so America never forgets these heroes. 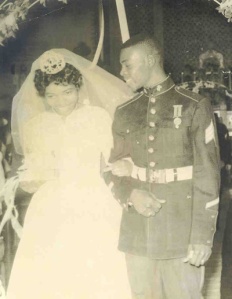 Oliver C. Stamps on his wedding day before his death in Vietnam in 1970.

Every photo collected is displayed on VVMF’s Virtual Wall of Faces, an online memorial with a page dedicated to every service member who made the ultimate sacrifice in the Vietnam War.

With the close of the year approaching, a few states are close to honoring every one of their fallen. The following states need less than 20 photos to complete this effort. 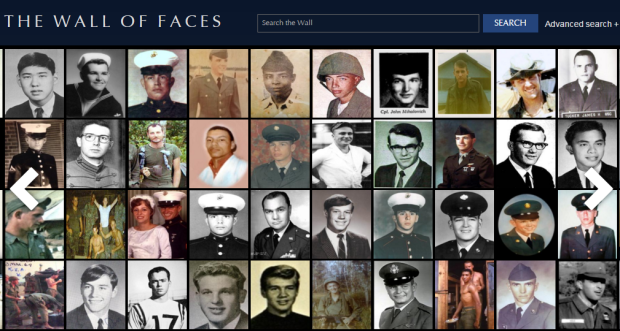 Steady progress is being made but aggressive support is still needed around the country.

Volunteers across the United States have been working tirelessly and are bringing amazing results. 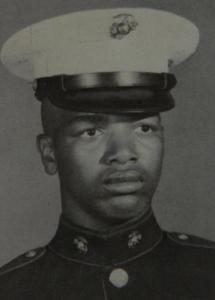 The photo of Willie Bedford was the last found for the state of Wisconsin.

In 2015, Wisconsin became the fifth state to complete their state’s photo collection. VVMF had major partnerships with the state’s television and radio networks, and a major newspaper association. Exposure from their outlets included: three years of statewide broadcast promotions, volunteer trainings, media releases, a project volunteer coordinator and additional PR to the effort. The final photo came from a journalism student, who took the time to contact the family of fallen serviceman, Willie Bedford.

Along with each photo, VVMF is trying to collect stories for each of the 58,307 names on The Wall so they can keep the legacies of these service members alive for future generations.

If you have a picture of a loved one or fellow veteran whose name is on The Wall, please help VVMF honor these individuals by putting a face with a name.  Regardless of whether or not VVMF has a photo of the individual already, they encourage you to submit it anyway.  They are trying to collect as many photos of each individual as possible.

You can submit a photo by mail or online. Collected pictures will also be showcased in the Education Center at The Wall, a place on the National Mall where the sacrifices of America’s fallen heroes will never be forgotten.