Stephanie Caissee at The Wall.

“Wall Magic” is a term coined to describe miraculous, inexplicable moments at the Vietnam Veterans Memorial. Veterans have reconnected after decades while searching for the same name, family members come into contact with the medic or nurse who saved their son or daughter, sometimes holding them before they died. At this sacred place, connections are made every day.

Stephanie Caisse is no exception.

Stephanie never knew her biological father growing up. She had a closed adoption. However, her first trip to The Wall would be a serendipitous stop along the road to find answers of who he was.

Stephanie Caisse touching her father’s name on The Wall.

It was a crisp, fall day as Stephanie stood in front of the endless list of names. In its mirror-like surface, she could see her own reflection. Her memory is as vivid as if she were seeing it play out again:

“Grizzled veterans stood and talked to names on The Wall, as I would an old friend, while rivulets of tears streamed down their faces. Women ran their fingers across the engravings, as if touching a name would bring the person back to them. Children stared, not quite comprehending the meaning behind all the names, or the emotions the adults were showing, although they somehow seemed to understand the heartache. But the thousands of names were a mystery to me, as was the war itself.

As I walked further down the path, all of a sudden, I was overcome by an eerie feeling that my birth father’s name was on this Wall. I tried to shake the feeling off as foolishness, but it didn’t go away.

Factually, I knew nothing about my birth father, his name, or who he was. But even though it didn’t seem possible, somewhere deep inside of me, I knew he had died in the Vietnam War.  At that moment, I unwittingly began a journey, although I would not know it for many years to come. Looking at the thousands of names listed, I wondered which one was my father’s name? Which one belonged to me?”

It wasn’t until 3 years later that Stephanie would learn that her father’s name truly was on The Wall of those who sacrificed their lives in the Vietnam War.

In 1996, Stephanie finally got the chance to meet her biological mother. She had her chance to ask about her father, and she got a name.

“Gary Young,” her mother said. “He was killed in the Vietnam War.”

At that moment, Stephanie’s feelings that her father had died in Vietnam were validated. It was instilled in her that his name was inscribed in black granite, next to more than 58,000 others. 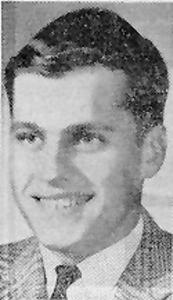 Gary Young, father of Stephanie Caisse. He died in Vietnam in 1969.

“It felt like I found him, only to instantly lose him,” she said. Reality sank in, knowing she would never meet her birth father.  However, she would make it a mission to learn as much about him as possible.

Gary Norman Young was from Portland, Oregon. He served as a Navy Corpsman in Vietnam. He worked in the dispensary at MAG-11 for approximately five months. Gary had asked to be assigned as a medic with a Marine Corps helicopter unit and, at the end of January, Gary was finally assigned to Marine Air Base Squadron 16, near Da Nang.

In 1969, the CH-46 helicopter he was crewing as a flight medic was shot down. He died February 7, 1969, a few months before his daughter was born. After his death, Stephanie was adopted.

His name is located on Panel 33W, Row 83 of the Vietnam Veterans Memorial.

Stephanie has spent the past twenty years tracking down who he was, how he lived, and how he died.

She first began to learn about her father through his younger brother, Steve. There were talks about Gary’s life growing up and the person he was molding into.  These stories now somehow reflected in her.

“And then, to be honest, I think I learned the most about my dad and the kind of person he was from the tape recordings he sent home to his family,” Stephanie admits.

Through her father’s recordings, she heard his thoughts and feelings in their truest form. She met a man named George Williams, a man her father talked about in his tapes. They finally connected on Christmas Eve, 2010.

Stephanie later met more of his corpsman. She’s gone to seven reunions since 2000. “I needed to talk to veterans to understand what it was my father volunteered for, and why it was so important to him,” she said. In her mind, it was so much more powerful to hug the people who knew him.

Stephanie’s relationship with the veterans offered her more insight into her father’s life and she gained friendships in the process.

She came to find that compassion was a trait they shared. It made them closer.

Another similarity is their looks.

“One of the most fascinating things was how much I look like him,” she recalls. “He had a crooked grin that I also have.”

Stephanie would later publish a book where she tells the story of finding her father. The support she has received from it has been overwhelming. “I can’t tell you how many moms, wives, and children read my book and tell me that finally they understood what their loved ones went through in war,” she said.

Through this experience, so many lessons were learned, gaps were closed, and a heart has been able to piece itself together little by little.

Stephanie so eloquently writes, “The magic of The Wall has prompted many to call it a place of healing for those affected by one of the most divisive wars in our nation’s history. And on my first visit to The Wall, I became one of those believers.”

Stephanie has additional stories about her father on her Facebook page, here.

← “He completed a total of 22 flights”: Rescuing Wounded In the Ia Drang Valley
Wisconsin Man Honors Fallen Heroes By Creating Memorial on His Lawn →