On Memorial Day, we pause to recall those no longer with us because of their willingness to place their lives on the line in time of war, and indeed millions have done so since the birth of this nation. America is a vibrant, contentious and amazing democracy with personal freedoms guaranteed by the Constitution.  Much of the world’s population can only dream of living in a place like the USA. We have our service members to thank for that.

War is not a wise way to resolve disputes. Yet warfare is ongoing in this dangerous world, and I appreciate the Americans willing to serve. Each year on the last Monday in May we remember those who have lain down their lives. But that is hardly enough to honor such an enormous sacrifice.  This country needs a daily reminder of the cost of freedom and a place of healing, remembering and learning devoted to those who gave the ultimate sacrifice. The Education Center at The Wall will serve this purpose. The Center will display the photos of the fallen from the Vietnam War, and it will exhibit some of the 400,000 items left at the Vietnam Veterans Memorial.

Artist conception of Legacy of Service exhibit in the Education Center. Large screens will show photos of those who fell in the Vietnam War. The photos of Iraq and Afghanistan fallen will be shown hourly.

Two years ago, after consulting with our advisors and Members of Congress, we decided to also display on an hourly basis the photos of the fallen from the wars in Iraq and Afghanistan.  Until such time as they have their own memorial, the Education Center will be a pilgrimage for the veterans who fought these wars. They, like Vietnam veterans, are a part of an unbroken legacy of service that began in 1775.

Last week in San Diego, I met Nathan Fletcher, a USMC Iraq War veteran and California state legislator.   He took part in our event to find the 350 photos of those San Diego natives who gave their lives in Vietnam. At the event, Nathan told me the story of his family.

Nathan’s cousin, Jeremy Wise, dropped out of medical school to become a Navy Seal. In 2009 Jeremy was killed by a suicide bomber in Afghanistan. Jeremy’s brother Ben Wise, an Army Medic, was shot after assisting Afghan children. Ben died on Jan. 15, 2010, just before his parents could arrive at his hospital bedside to say goodbye.  Yet another brother, Beau, was also fighting in Afghanistan and accompanied his brother’s body home. Ben had three children.

The effort to build the Education Center has been arduous.  We began in 2000, but the legislative effort was blocked in the Senate for three years by a Senator with five draft deferments to avoid Vietnam military service. When that Senator retired in 2003, the bill passed.  But it has not been easy.

We thank groups like Time Warner and the governments of Australia and Singapore who have been very generous. But our government cannot authorize a penny of Federal funds to help build the Education Center. The legislation was written to discourage private funding by prohibiting donor recognition in the Center.  Congress is finally changing this. The legislation authorizing the Center is finally being made right – ten years after passage.

We have had years of fighting against Washington insiders who brought about delays in the approval process. But once the donor recognition bill is signed by the President, we can complete the fundraising.

I will never have the chance to explain the madcap Washington politics to Ben and Jeremy Wise, but I will make sure that their photos will be in the Education Center at The Wall. 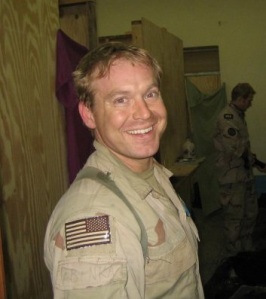 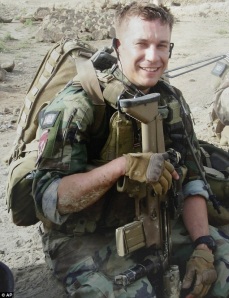 ← Princess Prepares to Cruise for a Cause
Recording American History →