For those who believe that the Vietnam War was a futile effort; look no further than Huong Le. An immigrant from Vietnam, Huong’s father brought her to the United States because he believed in the rights and freedoms that our great nation offers. She is now involved in the Vietnam Veterans Memorial Fund’s effort to put a face to each name on The Wall.

In 1975, after the war, living conditions greatly deteriorated under Communist rule in Vietnam and at least one Vietnamese man remembered the better times when the United States was overseeing the region.

He lived with his wife and two daughters near Cam Rahn Air Base, one of the three aerial ports in which U.S. military members entered or departed Vietnam and therefore a major facility for the Air Force, Army, Navy and Coast Guard. Because of the thousands of military personnel working with these bases, the nearby villagers had a good understanding of the freedoms that U.S. citizenship holds.

Huong Le’s father believed that the U.S. had a better government system that granted more freedoms and individual rights. So in 1986, he immigrated to Des Moines, Iowa with Huong’s sister.  Six years later, in 1992, he had saved enough to bring nine-year-old Huong and her mother to the U.S.

While she learned a new country’s language, customs, and history, Huong’s family moved several times.  She graduated high school in Raleigh, N.C. and went to college to become a nurse.  On Sept. 11, Huong was a freshman in college.

“I remember a few of my classmates dropped out and went to serve in the military,” Huong said.

She was struck by her classmates’ willingness to serve.  She said she struggled to see the reason a person would put his or her life on hold to fight in a country halfway around the world for people they’d never seen.

Through her classes, Huong saw the similarity between her classmates and those who served in Vietnam.

“We don’t fight to take lands, resources, or anything. . . we fight to bring peace,” Huong said. “I didn’t know until that moment, that [my family] came to the United States because of the Vietnam War.”

After receiving her nursing degree, Huong came to the Washington, D.C. area to work.  Here she became friends with Khuong Pham.  Pham had grown up a Boy Scout.

“He had all those leadership characteristics, and believed you should help others in need,” Huong said.

One way he did this for his fellow Vietnamese immigrants was through the Council of Vietnamese American Organizations.  As a member, Pham and other members frequently participated in events at The Wall during Veterans Day and Memorial Day.  Huong first visited The Wall with them on Veterans Day in 2011.

There, Huong saw the personification of the sacrifices made by those who had given so much for her family and friends from Vietnam.  She was moved to tears and to action.  She was inspired to recognize and remember those who served in Vietnam.

“It’s something I must do,” Huong said.

Last year, Huong learned of efforts to build the Education Center at The Wall.  The Center will be a place on our National Mall where our military heroes’ stories and sacrifice will never be forgotten.  It is a multi-million dollar, state-of- the-art visitor’s center and learning facility to be built between the Vietnam Veterans and Lincoln Memorials. Visitors will better understand the profound impact the Vietnam War had on their friends and family members, their hometowns and the nation. The Center will feature the faces and stories of the 58,282 men and women on The Wall, honoring those who fell in Vietnam, those who fought and returned, as well as the friends and families of all who served.

Huong realized that the Education Center would not only tell the stories of those who served in Vietnam, but also serve as a repository for the stories and memories of those who served after Sept. 11; stories and sacrifices made by her friends and classmates.  Through this knowledge, she was moved to donate through the Faces Never Forgotten program.

The Faces Never Forgotten program attempts to locate photographs of each of the 58,282 service members honored on 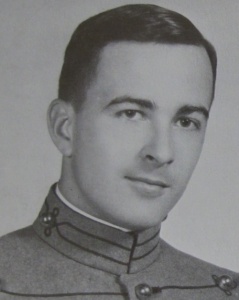 The Wall as well as raise money to fund the construction of the Education Center at The Wall.  Yet, at the time, although she had met dozens of Vietnam veterans, she hadn’t identified with one specifically.  Not until the 2012 GI Film Festival.

At the festival, Huong saw “Into Harm’s Way.”  The film centers on the 846 young men who entered the United States Military Academy as the Class of 1967.  They entered into the Academy in 1963 during a time of relative peace, but they graduated as the war in Vietnam was raging.

One story in the movie highlights Capt. Donald H. Dwiggins, Jr..  A native of Raleigh, N.C., Dwiggins graduated West Point in 1967.  After serving in Kitzingen, Germany, he was assigned to a tour in Vietnam.  While commanding A Company in the 2nd Battallion 34th Armor Regiment, his tank triggered a mine mortally wounding him.  His widow, Lynn Honeycutt, was interviewed in the film and was in attendance at the festival.

Huong introduced herself to Honeycutt because of their common bond with Raleigh, N.C.  They quickly became friends, drawing upon the service and sacrifice of Dwiggins.

“I know with certainty, my donation must go in honor of Dwiggins,” Huong said.

Huong remains committed to attending events at The Wall and recognizing those who saved her country.

“I am sure there are so many others with honorable stories that I want to learn,” Huong said.

She believes in the mission of the Education Center: telling the stories of those who served, explaining the story of the Vietnam War, and presenting the story of The Wall, a monument that brings so many people like Huong and Honeycutt together.

In meeting people like Honeycutt, Huong said she began to understand the opportunities given to her in the U.S.; people like Dwiggins protect the freedom and individual rights her father sought while he lived in a small village near Cam Rahn Bay.

She said this project his isn’t just for her, but for “many other generations must learn these stories and the heroic things they have done.”

That is the mission and goal of the Education Center at The Wall, and through generous donations from people like Huong Le, that dream will become a reality.

← War Story of a Wall Volunteer
A Widow Remembers →